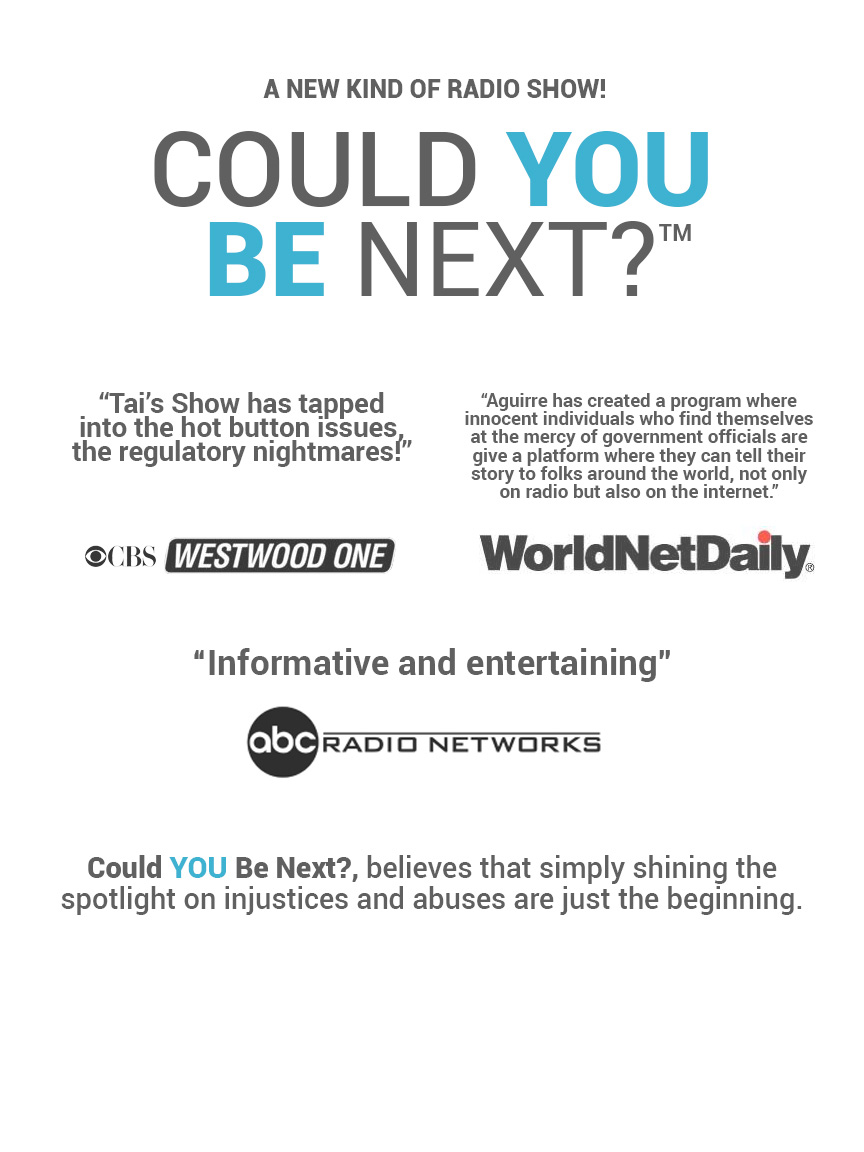 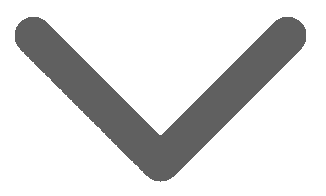 “Since 1996, our mission has been to provide victims of
government a platform to tell their story to the world”

ahead of the curve

New York Magazine and Fox News claimed this as their exclusive,
but CYBN broke it more than eight months before!

Could YOU Be Next™ broke one of the biggest bombshells of the decade!

a new kind of radio show

“Being on your show gave me such hope and impetus to fight on. Tai, you worked with my lawyer to put the heat on the government and save my small business from ilegal confiscation. Thanks for being there for the little guy.”

Dr. Ede stood up, held firm and won her case against the California Medical Board. “Thank you, Tai, for bringing my victory story to the public. It means so much to so many of us who believe in our medical freedom!”

“We appreciate CYBN&#8482; giving us a chance to tell our story to the public and for putting the heat on the government to return Shaday. Because of Tai’s great effort on our behalf, the DSS backed down and gave us back our daughter. Vanessa and I can’t thank you enough for all you’ve done”.

The hour-long program, Could You Be NextTM (formerly “Scams-n-Scandals,”) airs Saturdays at 12:30pm. Eastern on station WTBQ1110AM and over the internet at Aguirre’s website.

If it hadn’t been for a perfectly working septic tank, Tai Aguirre would never have been inspired to create a new kind of radio talk show - one where the guests are real people whose lives have been shattered by the actions of government agents.

But emboldened by his personal victory in a three-year battle with a New York City environmental agency, Tai Aguirre has created a program where innocent individuals who find themselves at the mercy of government officials are given a platform where they can tell their story to folks around the world, not only on radio but also on the internet.

“We present true-life, nightmare stories the mainstream media doesn’t want to talk about”, says Aguirre, the show creator and host. “We are dealing with a regulatory and bureaucratic apparatus that’s abusive and out of our control; people are being hurt, but they aren’t being heard. I want to give them that opportunity”.